The French sociologist and philosopher Gilles Lipovetsky described today’s society – characterised by a feverish hyper-consumer mania followed by a growing anxiety that reflects upon the decline of social values and the ever-growing social gaps as “a civilisation of paradoxical happiness”. An individual is thrown into a hedonic swirl of revelry with the widest selection of pleasures in human history. The seemingly unlimited choice and ever-changing selection tend to compensate for a true civil liberty of an individual. The feelings of satisfaction and self-realisation tend to disappear in such a wide range of stimuli and they are replaced with frustration and anxiety. These are accompanied by apprehension that leads to the feeling of a personal and social endangerment.

Today’s consumer of mass culture lives in a world that deletes the boarders between the actual and virtual environments. This is also the case of a consumer’s body that spreads its digital tentacles deep into the digital space behind the screen. The neurotic lust for this quasi-material world is related to the objectifying of ourselves, seeing our own body as an object or a series of objects. Sometimes we do not even know where our body ends and the rest of the world begins. We become a part of it just as well as other things start to work very well regardless of us (whether it’s the progress in AI or the so-called internet of things). This loss of borders and clear roles or identities just adds to the overall feeling of anxiety.

A number of results of the phenomena mentioned above can be seen in the work of Milan Mazúr whose exhibition in Nitra is named after Lipovetsky’s term. Mazúr’s videos and installations use the prisms of visual culture like motion pictures or objective situations that are based on the material core of our civilisation. One of the presented videos is called Myokymia, an involuntary quivering of muscles, often caused by anxiety. These seemingly smooth aesthetics of our material culture with undeniable signs of crisis are visually and narratively represented in messages that are spread along the whole presentation. The feeling of safety and peace the gallery visitor experiences while looking for an aesthetic experience can also become paradoxical considering the hidden anxiety the exhibition insinuates. 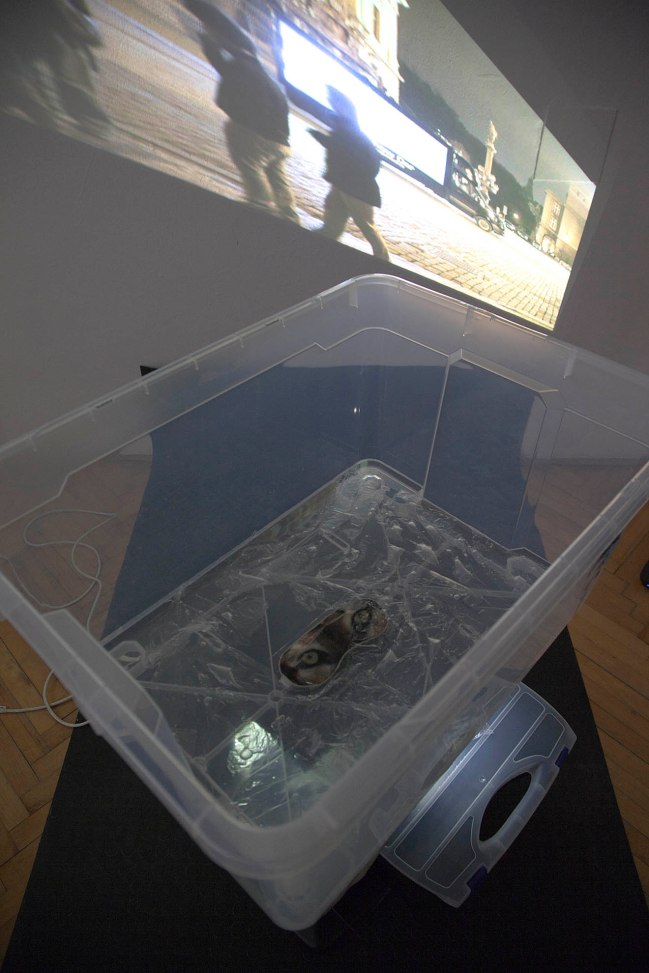 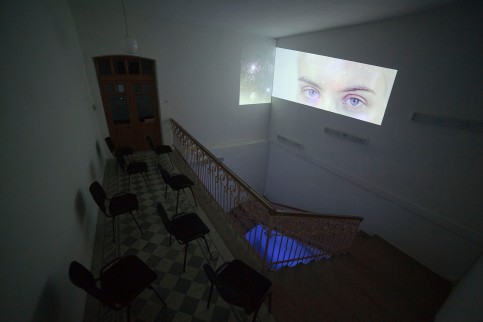