The exhibition of art work by David Böhm and Jiří Franta combines the presentation of the first two episodes of the short film, that the authors have been working on this year, with an installation of their sculptures and drawings. All these works show their interest in the moment of a shift in the perception of the world caused by some restrictions and the feeling of being different and strange.
.

A French mathematician, Bernard Morin is blind since childhood. Yet he has excelled in the so-called mathematical topology, a discipline that does not work only with numbers, but also with three-dimensional models. The subject of his long term work have become joint deformations, turning the models of spheres into complex and difficult to imagine shapes. The ability to recall an object or a form we usually associate with our ability to see. It does not matter if what we perceive is in front of us, or in our imagination, it is still a visual activity. In human biology the retina is linked to the brain by such a dense network of connections that a healthy individual can hardly imagine any other way to perceive the world. But Morin, when making his self-produced clay models, did not use only mathematical speculation, but an important – his imagination. The ability to “see” in his case gained another meaning. The absence of visual sensations of the outside world obviously did not prevent, and maybe on the other side strengthened, his inner vision. A door to a concentrated contemplation about form through touch had opened for him. What is for a sculptor a technique in daily practice, meaning dealing with the shape of a tactile activity, changed into an autonomous system in the work of a mathematician.

In the videos presented at the exhibition in the Fait Gallery David Böhm and Jiří Franta reflect just this situation where imagination is not associated with the experience of visual perception of an external reality. What can a blind man, who has never been able to see, dream of? Sure, it could be more a question for the cognitive sciences, however, here it is the questioning itself that is more important, it opens an interesting creative space for the authors. Both authors are already known for how, within their creative cooperation, they often, with a humorous playfulness, deal with the actual creative act as well as many obstructions. As the creative process is getting intentionally more and more complicated, it becomes an art piece itself. At this exhibition the moment of being different and obstacles, that move the normal functioning of man in this world, become directly a topic, to which both authors also relate their other presented work. The imagination of a blind man is just as impenetrable for us as the strangeness of faces of soldiers from the First World War, reconstructed during the first attempts at plastic surgery. The feeling of distance is associated with a grotesque and fascinating strangeness. The use of these sources of inspiration, is not merely a circus attraction in this case, but it actually points to the unexpectedly beneficial side of strangeness, revealing much more diverse parts of humanity and its quality in comparison to how it is being defined by the commonly occurring norm. 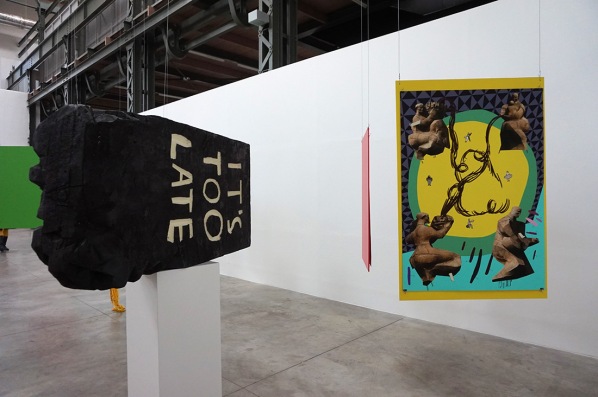 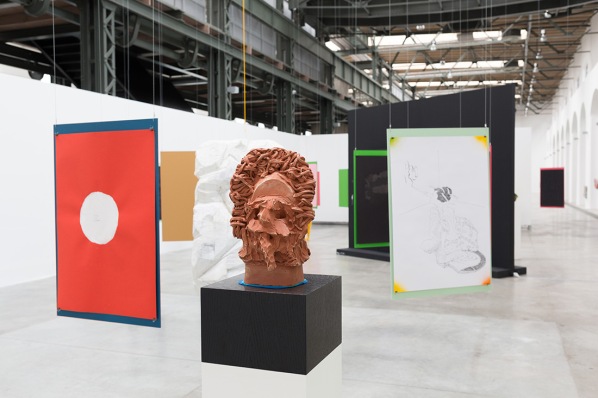 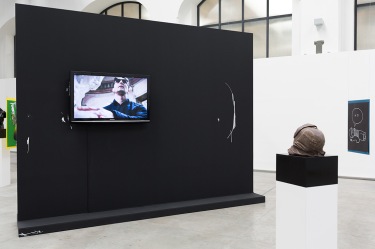 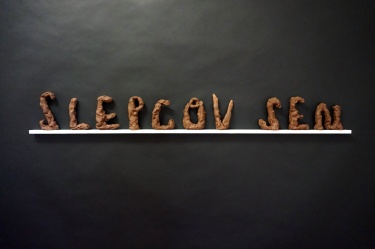